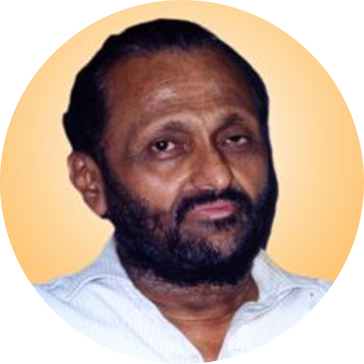 The seeds of the Vidyalalankar Group of Educational Institutes were sown by Prof. Chandrashekhar S. Deshpande on the auspicious day of Vijayadashami in October 1960. In the course of his outstanding academic career, he completed his Inter Science Examination with flying colours in 1950 from Willingdon College, Sangli, Maharashtra. With a record-breaking performance, he stood first in the University, winning all the prizes and scholarships in all subjects. After completing his B.E. (Electronics and Telecommunication) from the College of Engineering, Pune, he joined the prestigious Tata Institute of Fundamental Research in 1954 as a research scholar in the Nuclear Particle Accelerator Section. His academic credentials were so strong that his Principal specially recommended his name to Dr. Homi J Bhabha, the noted scientist and the founder of TIFR.

In the following year, he appeared at the I.E.S. (Indian Engineering Services) Examination and secured the top rank in this All India Competitive examination too. He was posted in the I.R.S.E. (Indian Railway Service of Engineers) as a Class I Gazetted Officer and worked in the Railway Electrification project at Calcutta for a few years. During this period, he developed personal contacts with several leading engineers in the country, including the renowned scientist and Nobel Laureate Sir C.V. Raman. Soon he realized his inherent passion for teaching and writing on Mathematics and Mathematical Engineering Subjects. He eventually chose to think beyond the conventional path of continuing with the coveted Govt. Class I service and instead established his own institute for teaching, writing and publishing.

The modest beginning of Vidyalankar was marked by Prof. C. S. Deshpande launching his own A.M.I.E. classes in October 1960 in a rented classroom of Shardashram school located at Dadar. In 1974 Vidyalankar moved its Head Office to Pearl Centre – its present premises in Dadar West. As a trailblazer, his memory continues to inspire the Vidyalankar family to aim for excellence while spreading the radiance of education far and wide.